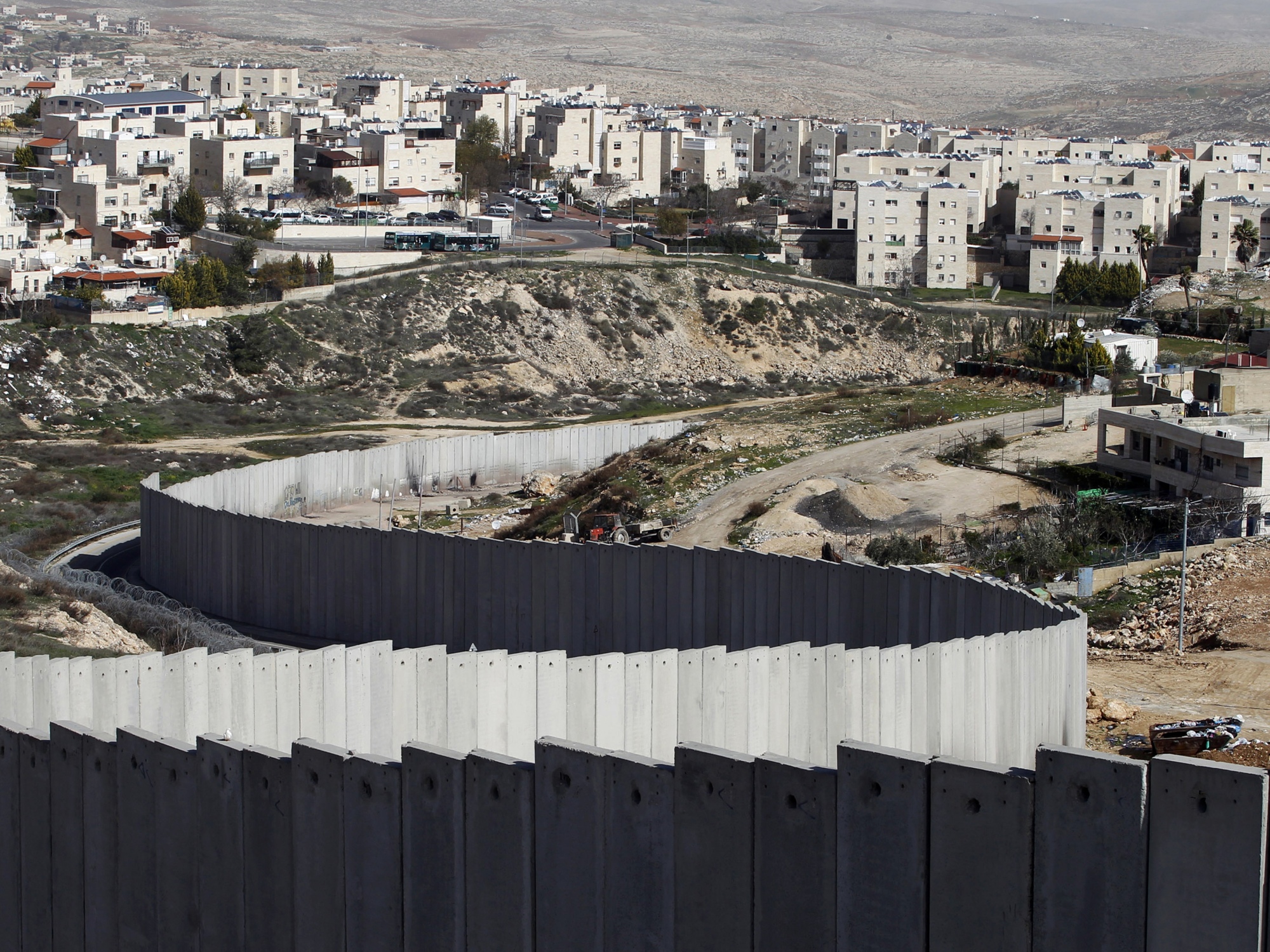 Since 2000, more than 900 Israelis have been killed in the attack of Palestinian terrorists arrived in Israel from the West Bank territories, and Palestinian leaders have done almost nothing, according to the Israeli government, to counter this wave of terrorism.

Encouraged by public opinion, Israel has built mixed defensive barriers on the border with the West Bank (Saving lifes: anti-Israeli terrorism). According to the Israeli government, the moral and legal legitimacy of the barrier is connected with the right to self-defence guaranteed by international law, and the layout of the barrier does not impede the needs of citizens living close to it.

In fact, the Israeli authorities have admitted the importance of respecting the balance between security needs and not to abusing the rights of neighbouring populations, such as the right to displacement, to private property, et cetera. Shifting the focus from the morality of the defensive barrier to its actual effectiveness, we see that there is a decline of terrorist attacks after May 2002 (-30%), the date of construction of the barrier (see Figure). 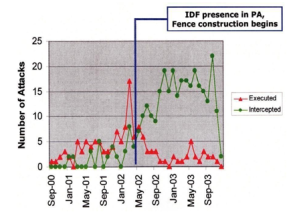 In a Laac (Local Aid Coordination Committee) report both the legality of the security fence and its actual effectiveness are called into question. According to the report, the construction of the fence has firstly caused massive expropriation of lands cultivated by Palestinians (Laac, 2003, pag. 1).

Another irregularity arises from the fact that the barrier does not follow perfectly the green line of the 1967 armistice with Jordan, but includes the Palestinian communities who find themselves isolated from the rest of the West Bank (ibid., pag. 3).

Another problem would be the supply of drinking water: indeed, the wall would make access to water more difficult for municipalities and individuals (ibid., pag. 14).

Despite the political battle over the morality of the wall, it actually worked in protecting the lives of innocent Israeli, both jews and arabs, from the Palestinian organized terrorism.